When planting to the landscape, do NOT set the tree deeper than it was growing in the container or the upper roots will grow around the trunk at the base and kill it. 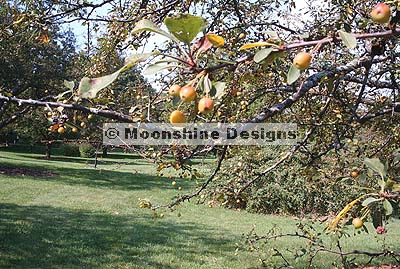 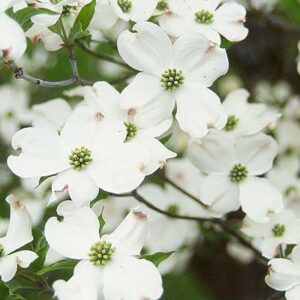 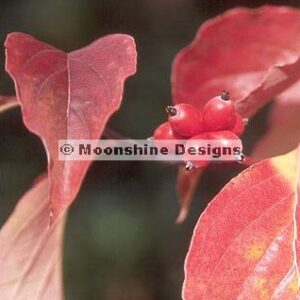 The flowering dogwood is unquestionably one of the most popular of our native flowering trees.

Height to 30 feet, with a rounded, open, horizontal branching habit. Moderate growth. The branches are covered with spectacular white bracts of flowers in Spring before leaves appear. 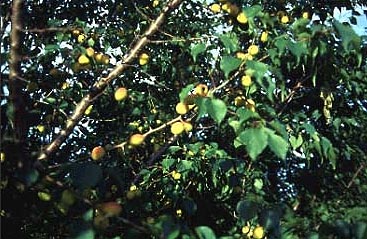 A small spreading tree 15 to 20 feet tall. It has a beautiful pinkish flower that blooms in the spring before the leaves emerge. The fruit provides food for wildlife during the fall.  It features a striking appearance with a round-headed shape and lush green foliage.  Fruits make excellent preserves or sauce. Autumn foliage is golden yellow. Very cold hardy!

Self pollinating, but two or more will result in a heavier yield. 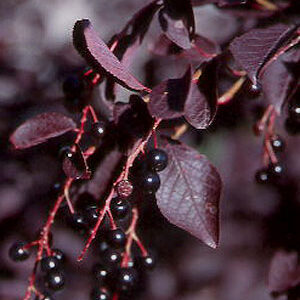 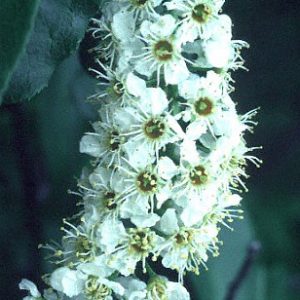 A shrub or small tree; Usually grown as a tree.  Height usually not over 20 to 25 feet.  Trunk diameter 4 to 8 inches.   The inner bark has bitter cherry flavor and aroma. Covered in blooms during Spring.

This strain has a purplish foliage for most of the summer and fall.  Leaves emerge as bright green in the spring, changing to a deep, deep reddish purple.  Dense, pyramidal to oval shape, and grayish bark.

Fruit is borne in dense clusters; first reddish, then turning nearly black when fully ripe. The skin of fruit thick; flesh thin and dark; very astringent to the taste, but edible.  Used in the making of jams, jellies, and some very good tasting wine.

Popular tree for birds. Chokecherry is the most widely distributed tree in North America, extending from the Arctic Circle to Mexico and from the Atlantic to the Rockies. 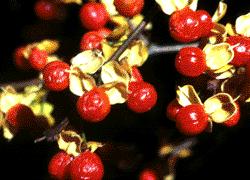 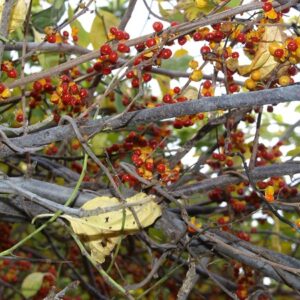 American bittersweet is a native woody and shrubby climber, growing over trees or fences. It has smooth thin leaves 2 to 4 inches long and about half as wide. The small greenish-white  flowers are produced in June in short clusters. The fruit is a round, orange-yellow capsule which opens in autumn, disclosing the scarlet-colored seed pod. The seed capsules remain on the plant well into the cold season and provide food for birds in the winter.  Fruits are eaten by songbirds, ruffed grouse, pheasants, bobwhite and squirrel.  Old fruits are eaten as survival foods by many birds and animals in late winter.   Fruits should NOT be eaten by humans.  While not extremely toxic, they will “clean you out at both ends”.  Bunches of twisted branchlets, loaded with fruit, are very decorative and the plant is disappearing in many places because of the ruthless methods of market pickers.  Our stock is not from the wild!!  We have selected ‘stock’ plants which grow on site here and have chosen the best over the years for the most desirable characteristics.

Way back in the dark and mysterious past, many shepherds hung bittersweet around the necks of those sheep which were suspected to be under the evil eye.  I don’t think it is really necessary myself.  Save this bit of lore for your next trivia game.

You will need both male and female  plants to produce berries!  1 male can pollinate 4-5 female vines.  MUST be planted within 30 feet of each other.

Hardy to zone 4a and some say zone 3. 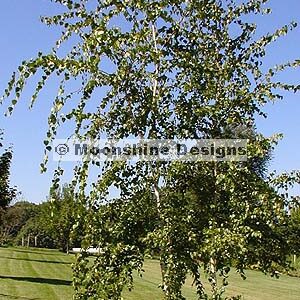 European weeping Birch, which has a silver bark 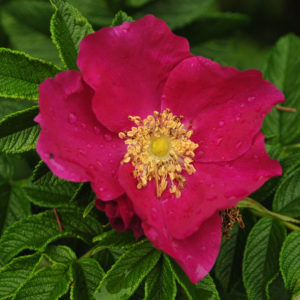 Ah, yes……….. the perfection of a rose in mid-summer. The sweet fragrance emitted from perfectly formed petals is why this is the flower of choice for many.
But, to obtain the perfect rose one needs to have the perfect soil, a perfect watering regimen, and a lot of time. For those of you who don’t fall into this category, consider the species Rosa rugosa. It is not as neat and upright the hybrid teas, and the flower petals tend to go helter-skelter. It sometimes has a kind of shaggy, unkempt look about it. That’s what gives this plant its character. Named for the wrinkled (rugose) surface of its glossy green leaves, this rose is a charmer that can soften and naturalize any area. 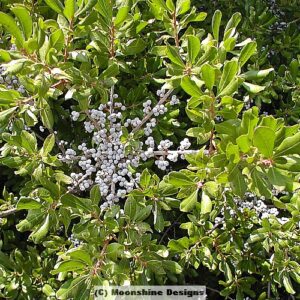 As a landscape plant, Bayberry is excellent for massing, borders or combining with broadleaf evergreens. It responds  well to a periodic pruning to keep it’s form. An added advantage is that Bayberry has no serious insect or disease problems! Suited for Zones 2-9a.